Number Five: Sam Crawford
A teammate of Ty Cobb on the Detroit Tigers in the young American League, Wahoo Sam hit the most triples in baseball history with 309 and was 39 hits short of the 3,000 hits club when he retired. The 1957 Hall of Fame inductee batted .309 during his 19 years in the Dead Ball Era, which was overshadowed by the accomplishments of his teammate, Cobb, who hit .367 lifetime.

Number Four: Mordecai "Three Finger" Brown
Despite having only three fingers on his pitching hand, because of a terrible farming accident, Brown was a fantastic pitcher who used his handicap to put tremendous spin on the ball. He won 239 games in his 13 years in the bigs during the Dead Ball Era, mainly with the Cubs, and had an ERA of only 2.06 (the best ever among pitchers with over 200 wins). He also had a WHIP of 1.06! And if that wasn’t enough, Brown even had a winning 13-11 record in pithing duels against the great Christy Mathewson (who, by the way, won 373 games in his career).

Number Three: Ernie Banks
Banks is a member of the 500 home run club, having hit 512 dingers, and he drove in 1,636 runs during his 19 years with the Cubs from 1953-1971. The two-time NL MVP played shortstop for many years, which is amazing because shortstops are not known for their power. However, because he played during the time of Willie Mays and Hank Aaron, and his team didn’t too very well, his name is hardly mentioned outside of Chicago. 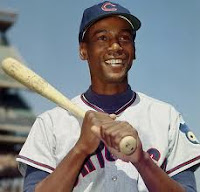 Number Two: Ed Walsh
Big Ed leads all pitchers to ever play the game with a 1.82 career ERA. The 40-game winner in 1908 was a workhorse who had the most innings pitched four times and averaged over 360 innings from 1906-1912. Is it any wonder that his arm was basically shot after that? He played with the White Sox for 13 of his 14 big league seasons and won 195 games, 168 of them coming between 1906-1912. He may not sound underrated, but most baseball fans have never heard of him, not even White Sox fans.

Number One: Eddie Murray
Steady Eddie is the only Hall of Famer without the last name of Mays or Aaron to have over 3,000 hits and 500 home runs. In a career mainly with the Orioles from 1977-1997, the eight-time All Star also drove in 1,917 RBIs and batted .287 lifetime. In addition, Murray was a switch hitter!! Yet few people talk about Murray as one of the all time greats. Would you believe that Murray is in the top 25 in career home runs, RBIs and hits? The answer is probably no. That's why he's underrated.

Well, I hope you enjoyed this post. If you didn't like the post because of my choices for the top five most underrated Hall of Famers in baseball history, leave a comment saying your top five. Also, thanks for reading this post and check back in a couple of days for more of "all the buzz on what wuzz."
Posted by Matt Nadel at 8:28 PM