The MLB just released its 2020 Modern Baseball Era Hall of Fame ballot, which consists of players who played their careers from 1970-1987. Naturally, I have to give my predictions and opinions on who's getting into the Hall on the ballot, so that's what this post is about!

Most Likely to Get In: Steve Garvey
Why? The ten-time All Star is the National League's Lou Gehrig, playing in an NL-record 1,207 consecutive games. A legend in the Dodgers and Padres organizations, Garvey helped his teams to five pennants, establishing himself as one of the best contact-hitting first basemen in baseball history. Out of everyone on the Modern Era ballot, he's got the best shot at induction. 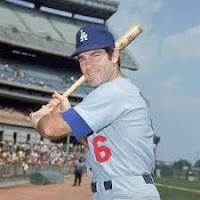 The Yankees Who Have a Shot: Don Mattingly, Tommy John, and Thurman Munson
Why? Three Yankee legends are on the fence regarding the Hall. Mattingly had a great seven years, so his JAWS is fantastic, but wasn't himself for the latter half of his career due to back problems. Munson was one of the best catchers of the 1970s, but a fatal plane crash in 1979 cut his career short. John, in my opinion, has the best shot of getting in out of these three. His 288 wins rank 26th on the all-time list and is 3.34 career ERA is totally HoF-worthy, especially considering he pitched for 26 years.

Others Who Deserve a Look: Dave Parker and Ted Simmons
Why? Parker had an extraordinary swing that terrorized pitchers for years and is one of the tougher decisions on the Modern Era ballot this year because of his versatility. He batted .290 lifetime with 339 career homers and 1,493 career RBIs. Simmons is an interesting case, too. He was essentially Thurman Munson's NL counterpart, batting .285 lifetime and collecting 2,472 career hits, both excellent stats for a catcher.

The Others: Lou Whitaker, Dwight Evans, and Dale Murphy
Why? Sorry, Braves fans, but I'm not a big Dale Murphy fan. He had a great start to his career, but completely fizzled out by the time he retired. Whitaker put up good stats in Detroit alongside my Hall of Fame birthday buddy, Alan Trammell, but the class is too stacked with guys who deserve induction much more. Lastly, Evans has the Gold Gloves, but unless you're Ozzie Smith, you don't get inducted into the Hall of Fame on just your fielding skills.

So, my prediction for who gets in is as follows: Garvey, John, and Simmons. Do you agree or disagree? Leave your thoughts in the comments section below. Thanks for reading this post and I hope you enjoyed it. Check back soon for more of "all the buzz on what wuzz."
Posted by Matt Nadel at 2:48 PM