The NFL Draft was about a week ago, so in honor of that I'm going to talk about one of the best MLB draft classes of all time: the 1973 MLB draft class. The 1973 MLB Draft was only highlighted by a few players, but those players ended up being very great, some of them even Hall of Famers.

Robin Yount
The first notable ballplayer drafted in '73 was a shortstop named Robin Yount, who was drafted by the Milwaukee Brewers with the third overall pick in the draft. No one knew it at the time, but Yount would become one of the best hitters of his generation, batting .285 lifetime and amassing over 3,000 hits. He was inducted into the Hall of Fame in 1999.

Dave Winfield
Just one pick after the Kid, fourth overall, the San Diego Padres took outfielder Dave Winfield, who was playing for the University of Minnesota. Dave was actually a three-sport star, having also been drafted in the NBA and NFL by the Atlanta Hawks and Minnesota Vikings, respectively. However, Winny elected to play baseball and boy did he make the right decision. After not spending a day in the minors, Dave had an amazing MLB career for the Pads, Yankees, Blue Jays, Angels, Indians, and Twins. Like Yount, the 12-time All Star amassed over 3,000 hits and batted .283 for his Hall of Fame career.

Lee Mazzilli and Steve Swisher
Although not Hall of Famers, both are prominent figures in the MLB. Mazzilli was a fan favorite with the New York Mets and was an important contributor to their 1986 World Series win. Steve Swisher, after being drafted 21st overall by the White Sox, made the All Star Game in 1976 with the Chicago Cubs and is the father of current MLB star and All Star, Nick Swisher. 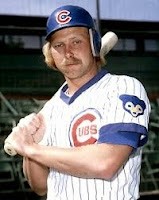 Fred Lynn
Fred Lynn was drafted in the second round of the 1973 MLB Draft by the Boston Red Sox and became the first rookie to win the MVP Award in 1975. Lynn made nine straight All Star Games to start his career and on the 50th anniversary of the All Star Game, 1983, Lynn hit the first and only All Star Game grand slam. 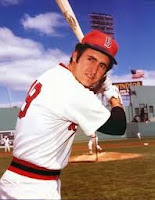 Eddie Murray
The last MLB star taken in the '73 Draft was Eddie Murray, who was drafted by the Orioles in the third round. Steady Eddie, even though he is super underrated, was probably the best player taken in this draft. With mainly the Orioles in a 21-year career, the eight-time All Star batted .287, collected 3,255 hits and 504 home runs, and drove in 1,917 runs. Those are monster stats for someone who was drafted in the third round of any draft of any sport. Obviously, Murray was inducted into Cooperstown in 2003.

Is this the best draft class ever? Are there ones that are better? Leave your thoughts in the comment section below. Thanks for reading this post and I hope you enjoyed it. Check back soon for more of "all the buzz on what wuzz."
Posted by Matt Nadel at 8:18 PM