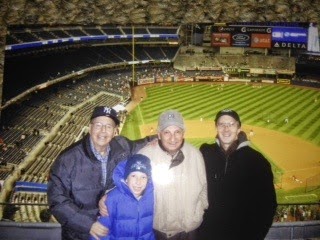 The 2009 New York Yankees were a great team. They won 103 games and six of the team's hitters hit more than 20 home runs. They got to the World Series by beating the Twins and Angels in the ALDS and ALCS, respectively. The 2009 Phillies were also a great team. They had just won the '08 Series against the Tampa Bay Rays and finished the 2009 regular season in first place in the NL East with 93 wins. They then proceeded to beat the Rockies and the Dodgers in the NL playoffs to face the Yanks in the World Series. This was not the first time that these two teams met in the Fall Classic, however. They played against each other in the 1950 World Series, and the Yankees swept that Series. Now, let's get into details about each of the six games played in the 2009 World Series. 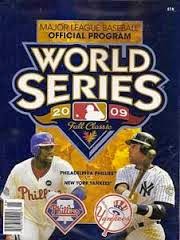 Game One:
First-year Yankee C.C. Sabathia gave up two home runs to Phillie All Star Chase Utley. Philadelphia pitcher Cliff Lee held the Yankees to one unearned run in a complete game win. Lee became the first pitcher to strike out ten batters, walk none, and allow zero earned runs in a World Series start. The Phillies won the game 6-1, putting the eaters of the cheesesteak up in the Series, 1-0.

Game Two:
Both A.J. Burnett of New York and Pedro Martinez of the Phils pitched great, but Martinez did a little bit worse. New Yank Mark Teixeira and Yankee favorite Hideki Matsui went yard and Mariano Rivera got his first save in World Series play in nine years. The Yankees beat the Phillies by a final score of 3-1. After Game Two, the Series was tied at one game apiece.

Game Three:
This was the first game in the Series held in Citizens Bank Park in Philadelphia and it would be one that Phillies fans would quickly want to forget. Nick Swisher, Alex Rodriguez, and Matsui all crushed homers off of 2008 WS MVP Cole Hamels in an 8-5 win for New York. Andy Pettitte gave up four runs in six innings pitched in his first World Series start since 2005. The Yanks led the Series two games to one after three games played.

Game Four:
C.C. took the hill for the Yankees in Game Four, this time going up against Joe Blanton of the Phillies. Several runs were exchanged between the two teams and entering the top of the ninth inning, the game was tied at four. However, key hits by A-Rod and Yankee great Jorge Posada surged the Yanks to a 7-4 victory. Mo got his second save of the Series and New York led the Phillies in the '09 World Series, 3-1. Important note: Chase Utley hit a homer in the game, his third of the Fall Classic.

Game Five:
A.J. Burnett got rocked early and often with six runs allowed in the first three innings. Utley hit two more homers, raising his Series total to five, and Raul Ibañez hit one of his own. Although the Yankees tried to come back in the later innings, Philly prevailed and won the game, 8-6. The World Series then moved back to New York for a (spoiler alert) great game by the eventual World Series MVP.

Game Six:
The final game of this World Series was all about Hideki Matsui. Matsui collected six RBIs in the contest, tying Bobby Richardson of the Yankees in Game Three of the 1960 World Series for the World Series single-game record of runs driven in by a single hitter. Andy Pettitte had a great pitching performance and Mo closed it out in the ninth to preserve a 7-3 Yankees victory. It was the Yankees' 27th World Series title, the most championships won by a professional sports team. Matsui received World Series MVP honors for his three homers and eight RBIs in the Series. 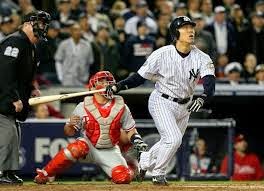 Although the Yanks haven't won a World Series since 2009, it's always nice to think about that '09 Yankees team. Anyway, thanks for reading this post. I hope you enjoyed it and check back soon for more of "all the buzz on what wuzz." 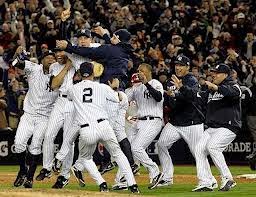