A while back, I wrote a post about my favorite players of all time at each position, my Dream Team. Recently, I've realized that a team is not a team without a rival. So, I've compiled a list of players that are rivals with one player specifically on my Dream Team at the same position. A rival does not have to be someone that the player hated. A rival in most of these cases is someone who played in the same time period at the same position and had roughly the same or better stats. Let's start behind the plate in my "Anti-Dream Team".

Catcher
Original: Carlton Fisk  Rival: Johnny Bench
Why? Bench and Fisk are arguably the best catchers of the era in which they played. Bench's Reds took on Fisk's Red Sox in the 1975 World Series and both catchers are on MLB Network's countdown of the top nine catchers in baseball history. (Fisk is at eight, while Bench is at the top spot.) 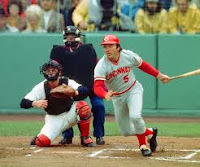 First Base
Original: Lou Gehrig  Rival: Jimmie Foxx
Why? Foxx's A's and Gehrig's Yanks took home eight World Series championships when the two Hall of Famers' careers overlapped. Foxx also played for part of his career on the Red Sox, who rivaled the Yankees. Another reason for this rivalry was that, for the most part, Jimmie was overshadowed by Gehrig, even though the Beast has more career home runs than the Iron Horse (and more MVP awards, 3 versus 2).

Second Base
Original: Rogers Hornsby Rival: Eddie Collins
Why? When their careers overlapped in the 1910s and 1920s, they were two of the best hitters in the MLB. Both of them hit over .330 in their careers and both had over 3,000 hits. Both of them also won at least one MVP Award and participated in two Fall Classics. 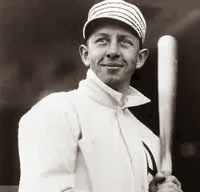 Third Base
Original: Mike Schmidt  Rival: George Brett
Why? As the two third basemen that regularly represented their respective leagues in the All Star Game during the 1970s and 1980s, these two Hall of Famers are always mentioned in conversations when the phrase "hot corner" is said. Schmidt was arguably the best power hitter at the time and Brett was arguably the best contact hitter. They both won the MVP the same year their teams faced off in the World Series (Phillies vs. Royals in 1980). They were also key figures to their clubs' first World Series championships.

Shortstop
Original: Cal Ripken Jr.  Rival: Derek Jeter
Why? Although I stayed away from current players on my Dream Team, my Anti-Dream Team doesn't follow that rule. Jeter's Yankees and Cal's O's played in the same division during the time when these two great shortstops' careers overlapped (1996-2001). Both have over 3,000 hits and at least 13 All Star Game appearances. Both have won a World Series ring and are icons in the cities in which they played.

Left Field
Original: Stan Musial  Rival: Ted Williams
Why? Both of these Hall of Famers have at least 450 homers and a lifetime batting average over .330. Their teams (Red Sox and Cardinals) faced off in the 1946 World Series and each player played in at least 19 All Star Games. They are arguably two of the greatest hitters that America's pastime has ever seen and their nicknames are so simple, they are amazing: "Stan the Man" and "The Greatest Hitter Who Ever Lived."

Center Field
Original: Mickey Mantle Rival: Willie Mays
Why? These two center fielders are arguably two of the greatest and most dynamic hitters that America's pastime has ever seen. Both were rookies in 1951 and immediately were compared to some of the best. Both have over 500 homers and at least 20 All Star nods. Their teams (Yankees and Giants) faced off in the 1962 World Series and both of them won at least two MVP Awards. Throughout the '50s and '60s, these two Hall of Famers ruled baseball and were two of the best five-tool players anyone has ever witnessed.

Right Field
Original: Hank Aaron Rival: Roberto Clemente
Why? These two right fielders both have at least 15 All Star Game appearances and 3,000 hits. They've both won at least an MVP Award and although their teams did not play very well for most of their careers (Pirates and Braves), they both made it to two World Series. They were both overshadowed for a period of time during their careers, but as soon as Aaron was on the chase for the home run record and Clemente had one of the greatest World Series performances ever in 1971, all of baseball knew that they were looking at two great stars. 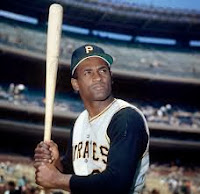 Left Handed Starting Pitcher
Original: Warren Spahn  Rival: Whitey Ford
Why? Both of these left handers are in the HoF with at least 10 All Star Game appearances. They've each won a Cy Young Award and their teams faced off against each other in the 1957 and 1958 Fall Classics. Their career ERAs are both below 3.10 and their career WHIPs are both below 1.22. 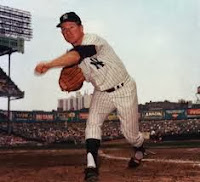 Right Handed Starting Pitcher
Original: Nolan Ryan  Rival: Jim Palmer
Why? They were two of the greatest pitchers of the 1960s, '70s, and '80s and faced off in the 1969 World Series. However, their career marks are very different. Ryan has more wins, strikeouts, and All Star Games under his belt, while Palmer has a better ERA, winning percentage, and more Cy Young Awards. Ryan also has more no-hitters, but Palmer has more 20-win seasons. Despite their stats being different, one thing is the same: they were both very intimidating on the mound and are both in the Hall of Fame. 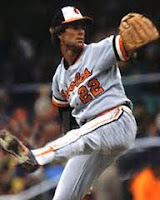 Relief Pitcher
Original: Dennis Eckersley  Rival: Mariano Rivera
Why? These pitchers are the only players on this list where their careers didn't really overlap, except for about four years. However, Mo and Eck are very much rivals. Both are very intimidating closers and are considered two of the greatest pitchers of all time. Both have won at least two Rolaids Relief Man of the Year Awards and both have been MVP of a playoff series. They also both have at least 390 saves, but Mo has the edge in that category because he has the most saves ever. However, Eck was just as intimidating as Rivera was and they both put together great careers. 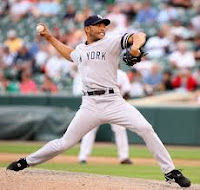 Well, that's my Anti-Dream Team. If you like my list or disagree with it, send me a comment about what you think. Thanks for reading this post. I hope you enjoyed it and check back in a few days for more of "all the buzz on what wuzz."