I recently realized that I never did a post about the 2013 National Baseball Hall of Fame and Museum inductees. Now these inductees are not people who you probably recognize. Why? Well, for the first time since 1996, no one got into the Hall of Fame via the Baseball Writers' Association of America. However, three people were elected in via the Veterans' Committee, which is the committee that elects people into the HoF that never got in via the BBWAA. But the VC only elects people who they think are worthy to get into Cooperstown. So, without further ado, let me introduce you to the 2013 Hall of Fame inductees.

Jacob Ruppert
Owner (and Congressman) Jacob Ruppert turned the New York Yankees from a laughingstock into the greatest franchise in baseball history. Over a few short years, he assembled an excellent group of people, including manager Miller Huggins and slugger Babe Ruth. The Bronx Bombers won 10 pennants and the first seven World Series championships in the Yankees' history during Ruppert’s tenure, which ended abruptly due to his death in 1939. 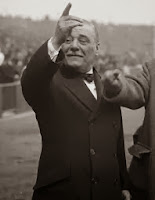 Deacon White
James Laurie White was one of the top hitters in the 1870s. He collected 2,067 hits in just 1,560 games and ended his career with a .312 lifetime batting average. He was considered one of the greatest catchers in the bare-handed era and even had a successful change to third base. In two decades of playing with nine franchises,  Deacon contributed to six teams that won it all.

Hank O'Day
The highly-heralded umpire was almost unable to be argued with, which was probably why he was so respected. He became a full time National League umpire in 1897 and had the privilege of being the umpire behind the plate in the first ever World Series in 1903. He umpired in nine more Fall Classics and was never afraid of making a bad call against the home team at their home stadium. 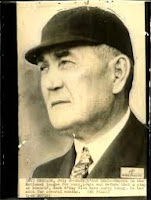 Well, although the names don't seem that prominent, they aren't in the Hall of Fame for nothing. Anyway, thanks for reading this post. I hope you enjoyed it and check back in a couple of days for more of "all the buzz on what wuzz."
Posted by Matt Nadel at 7:44 PM