It has been 66 years to the day since Connie Mack retired as a baseball manager. The former manager of the Pirates (1894-1896) and A's (1901-1950) is considered one of the greatest managers of all time. To honor him, here are eight fun Connie Mack facts.

Fact #1: Mack's full birth name is Cornelius McGillicuddy, but he is always referred to as Connie Mack.

Fact #2: He had a playing career before he was a manager. From 1886-1896 with the original Washington Nationals, Buffalo Bisons of the Players' League, and the Pittsburgh Pirates, he batted .245 with 659 base hits.

Fact #5: Connie Mack was inducted into the Baseball Hall of Fame in 1937, when he was still managing the A's.

Fact #6: The legendary A's manager coached 20 Hall of Famers during his 50-year stint with the team, including Jimmie Foxx, Eddie Collins, and Lefty Grove.

Fact #7: Connie Mack wanted to coach good people in addition to good players. With that in mind, he created a code of conduct in 1916 that all of the players he managed had to abide by:

Fact #8: Mack's strategy for keeping a team good was youth and aggressiveness. He always preferred younger players over veterans and always favored slugging percentage over batting average. He also hardly issued intentional walks, no matter who the batter was.

What a manager Connie Mack was. Thanks for reading this post and I hope you enjoyed it. Check back soon for more of "all the buzz on what wuzz." 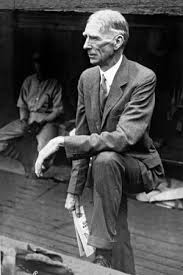