Yesterday, during the pre-game ceremonies of the 87th annual MLB All Star Game, MLB commissioner Rob Manfred officially announced that the AL and NL batting titles have been renamed after Rod Carew and Tony Gwynn, respectively, two of the best hitters in baseball history. This got me thinking: what other awards could be named/created after former players? Here are some of the ones I came up with:

League leader in home runs: Mike Schmidt Home Run Award
Why? Some people would have Babe Ruth here, but I have him for another award. Schmidt is second all time only to Ruth in career home run titles with eight and is 16th on the all-time home run list with 548 career dingers. 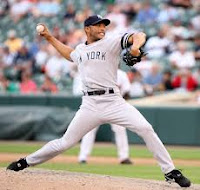 Best player on a non-playoff team: Ernie Banks Award
Why? Banks never got to play in the playoffs, let alone the World Series, yet he was always in the MVP conversation and won the award twice. Because the MVP is usually given to a ballplayer on a winning club, this award is designed especially for hitters and pitchers who don't get to go to the postseason, but still had an unbelievable year. 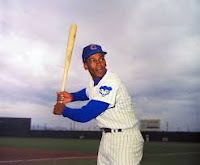 Manager with most wins in a given season: Connie Mack Award
Why? Mack is the winningest manager in baseball history and it's not even close. He collected 3,731 career managerial wins, while second place John McGraw only won 2,763 games as a manager.

Should these awards be renamed/implemented into the MLB record books? Let me know what you think of the names in the comments section below. Thanks for reading this post and I hope you enjoyed it. Check back soon for more of "all the buzz on what wuzz."