The MLB season is officially under way and baseball's home run leader so far is a rookie for the Colorado Rockies named Trevor Story. When I saw Story's home run numbers skyrocket, I could already envision all of the puns that Rockies fans could make when he hits one out of the park, like "It's Story time!" or "Boy, do I have a Story for you!" But what if all Hall of Famers had punny surnames? Well, I've come up with some pretty good ones. Take a look!

Original Name: Hank Aaron
Punny Name: Hank Hammerschmidt
Why? For those of you non-House of Cards fans, Tom Hammerschmidt is a journalist on the Netflix political drama and was casually nicknamed "The Hammer." Wouldn't you know it that Hank Aaron's nickname was "Hammerin' Hank?"

Original Name: Willie Mays
Punny Name: Willie Smiles
Why? It is impossible to find a video of "The Say Hey Kid" not smiling. Also, with this new name, people could say, "He's all Smiles." 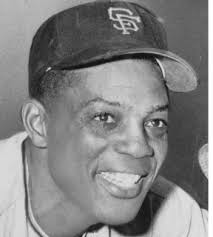 Original Name: Stan Musial
Punny Name: Stan Mann
Why? His nickname was Stan the Man. Take out the "the" and the new punny name works.

Original Name: Randy Johnson
Punny Name: Randy Rocket
Why? He's got a rocket for an arm, so I think this name fits. 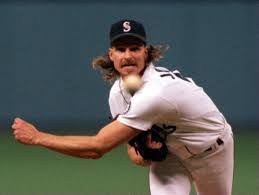 Original Name: Dennis Eckersley
Punny Name: Dennis Clutch
Why? You have to be able to pitch in the clutch in order to be one of the greatest closers of all time, which is exactly what Eck did for his entire career. Fans would say, "He's so clutch!"

Honorable Mention: Vin Scully
Punny Name: Vin Angel
Why? He's been a broadcaster in the city of angels since 1958 and if I could use one word to describe Scully's voice for broadcasting, it would be heavenly.

What other names can you come up with? Leave your thoughts in the comments section below. Thanks for reading this post and I hope you enjoyed it. Check back soon for more of "all the buzz on what wuzz."