I want to tell you about my recent trip to Florida! No, it wasn't just a regular trip; I took a trip to my first ever spring training game!

Spring training is a month-long period for players to prepare for the season by actually playing games. But the games aren't held in the teams' seasonal stadiums. Instead, the eastern teams go play their home games in Florida, while the more western teams play their preseason contests in Arizona (and no, the Diamondbacks, Rays, and Marlins don't play at Chase Field, Tropicana Field, or Marlins Park, respectively, during spring training). So, this weekend, I took a trip down to Delray Beach, Florida (by myself on a plane for the first time ever) to visit my grandparents. My grandpa, who's an avid baseball fan, took me to see a spring training matchup of the Atlanta Braves against the St. Louis Cardinals. 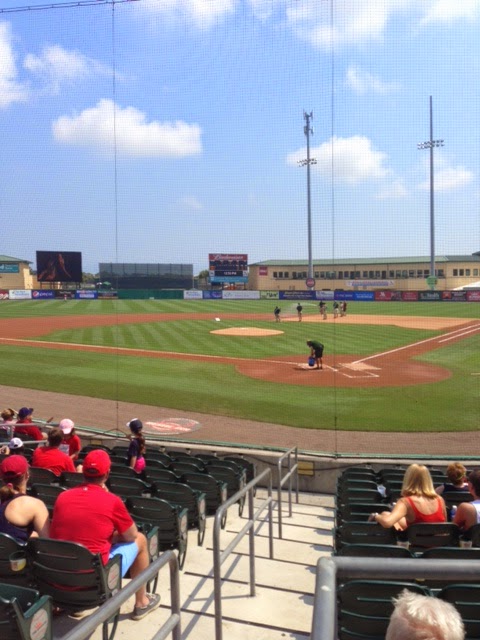 During the month of March, the Cardinals play their games at Roger Dean Stadium in Jupiter, Florida, about 45 minutes from my grandparents' apartment in Delray Beach. So yesterday, on March 21st, my grandpa and I went to the Stadium located on the campus of Florida Atlantic University and watched the Cards host the Braves. 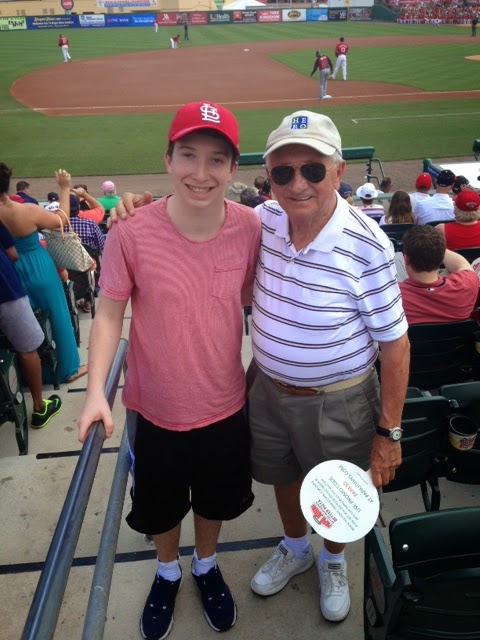 Roger Dean Stadium is beautiful, even though it has the capacity to hold only about 6,900 seats. The stadium was packed to the brim. I didn't realize that there were so many Cardinals fans living in Jupiter. It was very hot. The game time temperature was 84˚!!! Anyway, the pitching matchup for the game couldn't have been better. For St. Louis, Adam Wainwright (left) made his first spring training start after finishing 2014 with 20 wins, and pitching for the Braves was Chien-Ming Wang (right), a former Yankee starter. 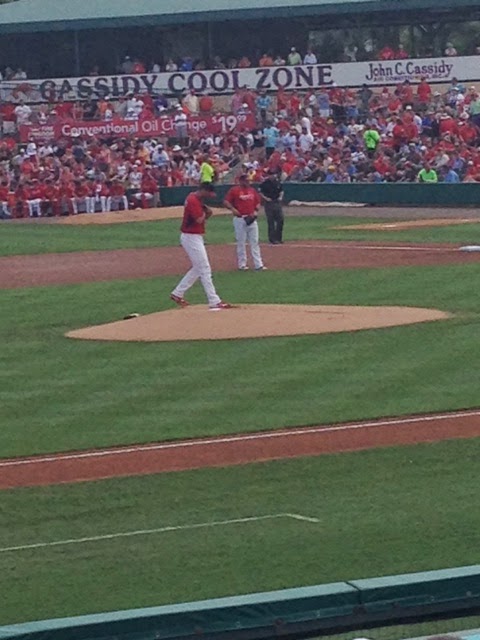 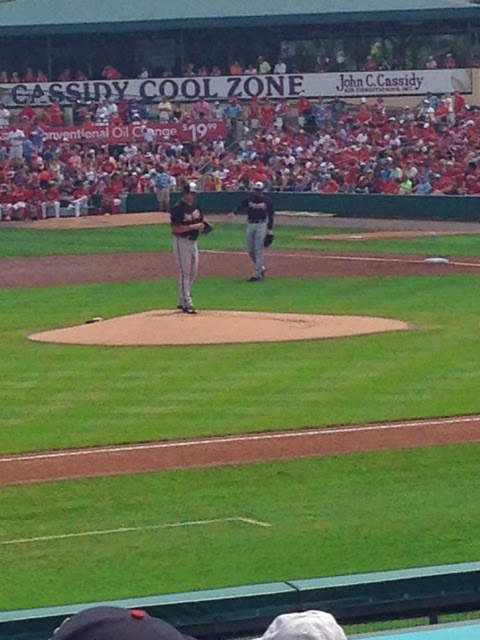 Now, both teams have stacked lineups, but undoubtedly, the fan favorite was Cardinals catcher, Yadier Molina (pictured below). The All Star has won two World Series with the club and is one of the best catchers in baseball today. 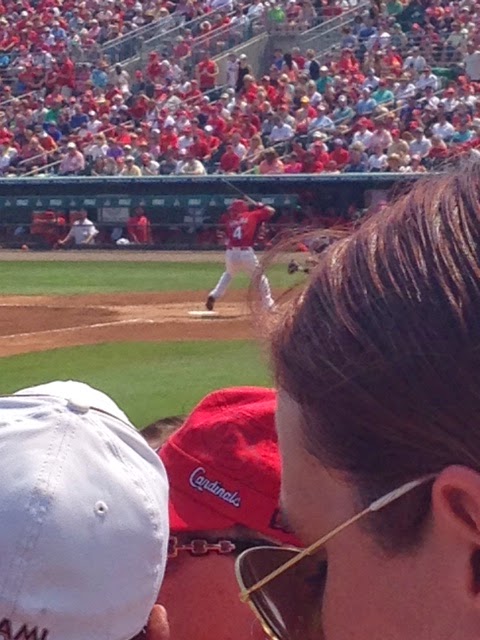 Even with Yadi in St. Louis' lineup and Freddie Freeman in Atlanta's, the game was scoreless through eight-and-a-half innings. However, the Cardinals finally won it in the bottom of the ninth on a walk-off single by Dean Anna. Cardinals win, 1-0! The game was super fun and I can't wait to go to another spring training game next year. I highly recommend going to one.

Thank you so much to my grandparents (who are pictured below at a sports bar where we went for dinner) for hosting me this weekend and for taking me to the game. I couldn't be happier with how this weekend played out. Anyway, thanks for reading this post and I hope you enjoyed it. Check back soon for more of "all the buzz on what wuzz." 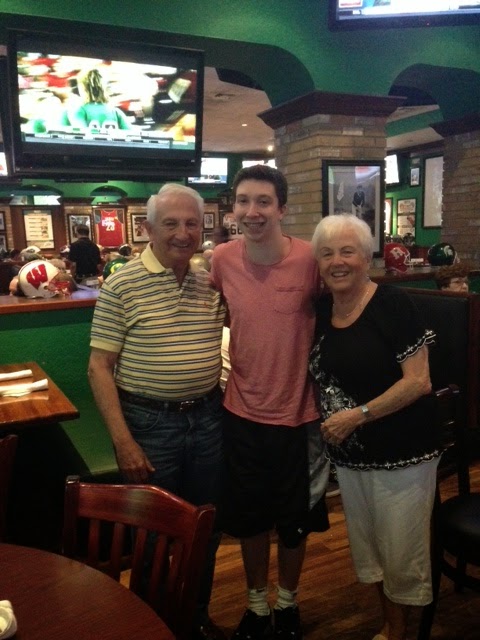