One of the most prestigious records in the MLB is the single-season home run record. The record holder is currently Barry Bonds, who hit 73 home runs in 2001 with the Giants. Before him, Mark McGwire, who hit 70 homers in 1998 with the St. Louis Cardinals, held the record. But the person who I want to talk about is the batter who broke Babe Ruth’s home run record of 60 homers in 1961 with the New York Yankees: Roger Maris. 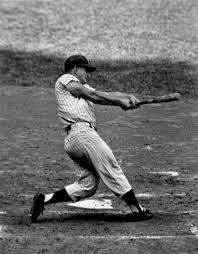 Maris played with the Yankees, Cardinals, A’s, and Indians in a 12-year career from 1957-1968. He started his career with the Indians, but didn’t really break out into a star until 1959 with the A’s (when they were in Kansas City). That year was the first season that he made the All Star Game and would make it another six times during his career. The next year, he went to play in New York and, boy, did he have some great years with the Bronx Bombers. In 1960, he led the league in RBIs with 112 and slugging percentage at .581 and won the AL MVP, helping the Yankees reach the World Series. But undoubtedly, the best year of his career was 1961. 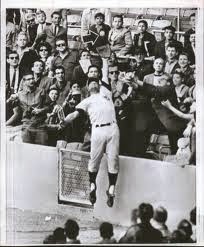 All season long, Maris and Hall of Fame teammate Mickey Mantle were fighting to see who could break Babe Ruth’s home run record. Mantle went down with an injury late in September, so the task was given fully to Roger. He had 60 home runs before the last game of the season, but on the final game of the ’61 campaign against the Red Sox in Yankee Stadium, Maris hit home run number 61 in front of 23,154 joyous Yankee fans, thus breaking the record. Not to mention, Roger also led the league in RBIs (141) and runs scored (132) en route to his second consecutive AL MVP Award.

Sadly, Maris never experienced the same single-season success for the rest of his career, but his overall stats are very good: 275 home runs, 850 RBIs, a .260 batting average, and 1,325 hits. He eventually had his number nine retired by the Yankees, but never got enough votes for the Hall of Fame in Cooperstown. Anyway, thanks for reading this post. I hope you enjoyed it and check back soon for more of “all the buzz on what wuzz.”

And, if you’re looking to read up on more baseball history, please check out my newly published e-book, Amazing Aaron to Zero Zippers, which is now available to buy on the Amazon Kindle, the Nook and iTunes. By the way, all of my book proceeds are being donated to four baseball-related charities: the ALS Association, Turn 2, the Jackie Robinson Foundation and the Hall of Fame.
Posted by Matt Nadel at 11:24 AM