I'm currently on vacation in Pittsburgh, Pennsylvania! I was supposed to stop off at Gettysburg, PA for a reennactment of the Battle of Gettysburg that took place during the American Civil War, but the reennactment got cancelled. So, in order to fill that void, I'm going to be talking about a Hall of Famer who was born in Gettysburg: Eddie Plank! 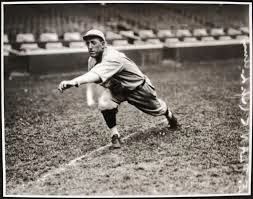 During his pitching career from 1901-1917, Plank played for the Philadelphia Athletics and the St. Louis Browns of the American League and the St. Louis Terriers of the Federal League. Although Gettysburg Eddie (which he was nicknamed because of his hometown) never led the league in wins or earned run average (but he did have a career ERA of 2.35), he was still a very dominant pitcher. That says a lot considering he pitched in the same era as Walter Johnson and Christy Mathewson. Plank, who possessed one of the best curveballs the game has ever seen, won 326 games during his career, which is third on the all-time list for lefties, only behind Warren Spahn and Steve Carlton, but his career shutouts (69) and complete games (410) lead all lefties who ever pitched in the Majors. Plank and his amazing sidearm pitching helped the A's win six pennants in the newly-formed American League. All of these accolades helped him get inducted into the Hall of Fame in 1946. 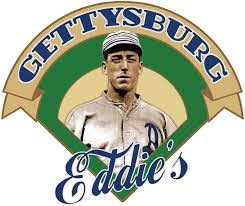 Here's a fun fact about Eddie: during the offseason, he would go work at the Gettysburg National Military Park as a tour guide at the battlefield! How interesting! Anyway, thanks for reading this post and I hope you enjoyed it. Check back soon for more of "all the buzz on what wuzz."
Posted by Matt Nadel at 6:03 PM