Happy blog-iversary! Yup, that's right, folks; today is the one year anniversary of Baseball with Matt. I just want to thank all of my viewers, without whom I would have never gotten to this point. 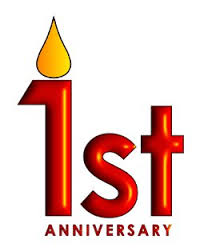 Anyway, in honor of this special day, I am going to give you all a year in review of my blog. Hope you enjoy. 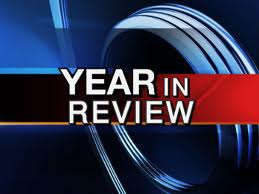 On 4/2/12, I posted my first post about the Dead Ball Era and how Babe Ruth changed the game of baseball. It was very meaningful because it was my first actual post. The next post that I really liked was the one on Harvey Haddix, the guy who lost a perfect game after 12 innings. On May 6th, I posted my Dream Team, which was very fun to write because a lot of people didn't exactly agree with my choices. June and July were dominated by the Nickname Survey, in which the ultimate winner was the Sultan of Swat, Babe Ruth (click here to see the post in which the winner was announced). Then again, maybe Babe is a nickname of its own. Anyway, the next post that really sticks out is my first ever interview with a former player -- it was with Red Sox All Star Fred Lynn. It was really fun writing and I really wanted to continue doing interviews. In fact, here's a list of all the interviews that I've done on the blog this past year:

A fun post that I wrote was the one about baseball injuries. That was really interesting to research about. I also wrote about baseball's weirdest superstitions, something I think we all enjoyed. Five days later, on October 15th, I wrote about who I think would be on Baseball's Mount Rushmore, a very controversial post, which made it so fun to write about. On February 3rd, I posted my top five World Series ever. I just love doing these countdown posts because I get to speak my opinion. February was also really great because I was on TV twice (first on the Fox 5 News and then on the greatest network ever, the MLB Network (on the MLB Hot Stove show with Greg Amsinger and Harold Reynolds)).

All in all, it's been a really great year and I can't wait for another year of baseball history. It's going to be a fun year and I hope you are all ready for it. So, thanks for reading this blog, hope you enjoyed it, and check back soon for another edition of "all the buzz on what wuzz."
Posted by Matt Nadel at 7:42 PM